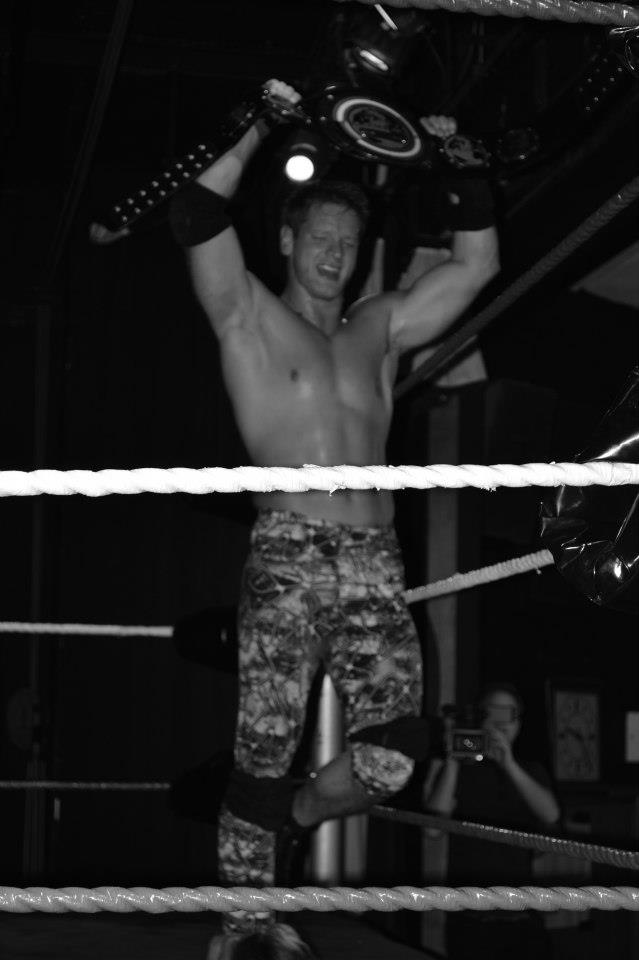 The Dangerous one is one of the most charismatic superstars on the roster. From his crazy attire to his obsession with all things dangerous, Triple D is a loose cannon of wrestling. It’s his unpredictability that lead him to carry the most  restigious prize in Elite British Wrestling for the best part of its debut year, the EBW World Heavyweight Championship. Before being betrayed by his friend of 11 years and former mentor, The Pigman Andy Hogg.

Certainly a favourite amongst the fans Triple D likes to get inside the head of his opponents with his mocking promo’s. DDD loves nothing more than to show off and has an unhealthy obsession with trying to find and kick ‘Chuck Norris’s’ ass.