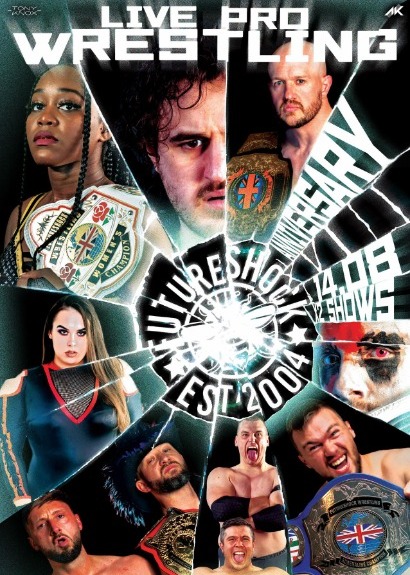 Come celebrate our eighteenth year with an event so spectacular that it’s too big for one show! What's more, we've got an early bird special deal that'll get you tickets BOTH Part I and Part II as well as a few bonuses. With all the championships on the line and so much more it'd be a shame to come all the way out here for just half the ride. Here's what you get... Tickets for both shows.

As a thank you for trusting us with your entire Sunday we'll also throw in an EXCLUSIVE signed art print as well as a free month's access to our FutureShock On Demand service. That way you'll have something to frame and remember the show as well as a chance to watch it back. How's that for a bargain?

Hurry though... This offer might hit hard but it's only available until the 30th June.


Please note the event line up is subject to change.

"Had a cracking time! will be re attending for sure!"

"Always enjoyable shows with great interaction and some fantastic talent"

"We took our friends to the wrestling on Saturday and they have never been before. They loved it! A great night of non stop entertainment and looking forward to the next one."

"The venue is always great at the tapped shows with the food being very good again and the variety of beers they do and the show was brilliant showing an array of young up and comers in British wrestling pitted against veterans of british wrestling gave this particular show a refreshing outlook."

FutureShock Uproar 109: BLOW OUT AT THE TOWN HALL!

My First Futureshock Event. I had a teally good time as did my Sister and Nephews I brought with me. Really impressed by the professionalism of all the staff and the quality of the matches. Only small issue is the cameraman was stationary in our corner so that we missed the finishes of the first half mostly. They knelt in the second half and moved more so was much better. Looking forward to the next one! 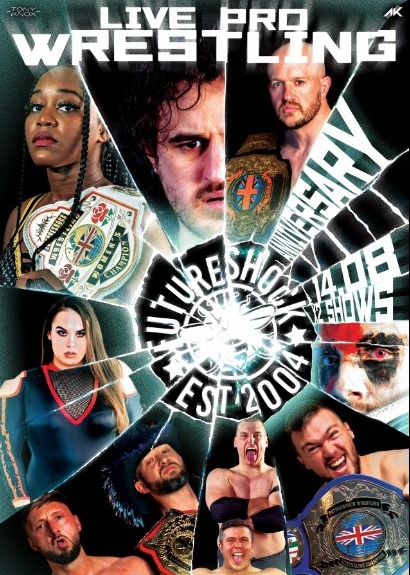