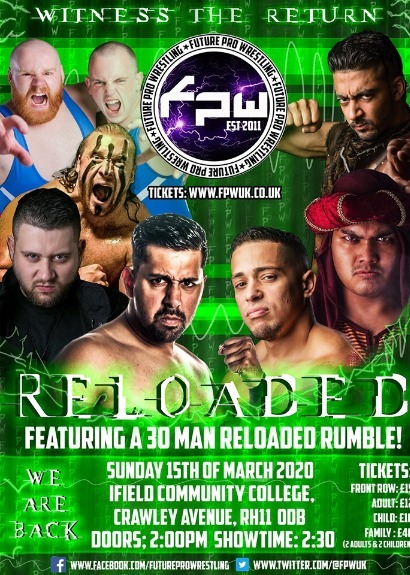 Featuring the FPW Reloaded rumble, 30 FPW stars will battle it out to be the last one standing in the ring and secure a contract to cash in a chance against an FPW Champion of their choice at any point in the next 12 months.